The Association for Livestock Guarding Dogs (LGD-CH) understands «livestock guarding dog» (LGD) as being a cultural heritage which has developed with the domestication of sheep in Eurasian pastoral cultures and in the presence of large carnivores. We are convinced that LGDs still exist today, where the abilities and characteristics to protect herds have been preserved. It is our task to recognise these abilities and to maintain and promote them with an adapted performance breeding. Performance breeding requires a large enough dog population to ensure sufficient selection. LGD-CH unites the breeders who stand behind these principles and implement them on their farms.

In Switzerland, LGDs do not represent a cultural heritage, because over the centuries a culture of alpine herdsmen and not a pastoral culture has been established. Therefore, our typical Swiss dog breeds are dogs of alpine herdsmen: Appenzell and Entlebuch Cattle Dog, and Bernese Mountain Dog. With the return of the wolf about 25 years ago, LGDs were imported into Switzerland from our neighbouring countries Italy and France: Pastore Abruzzese and Montagne des Pyrénées. Since its foundation in 2011, LGD-CH unites breeders and owners of these two LGD breeds. As a precautionary measure, the two breeds are currently not crossed.

LGD-CH is convinced that performance breeding allows us to breed LGDs, which do not pose a danger to society. However, due to their independent, mostly unsupervised way of working, there is a considerable potential for conflict. The solution of such conflicts does not only lie in the dog’s behaviour but also requires the involvement of other bodies, which lie outside the association.

The goals and tasks of LGD-CH are defined in the statutes (Mai 2021). 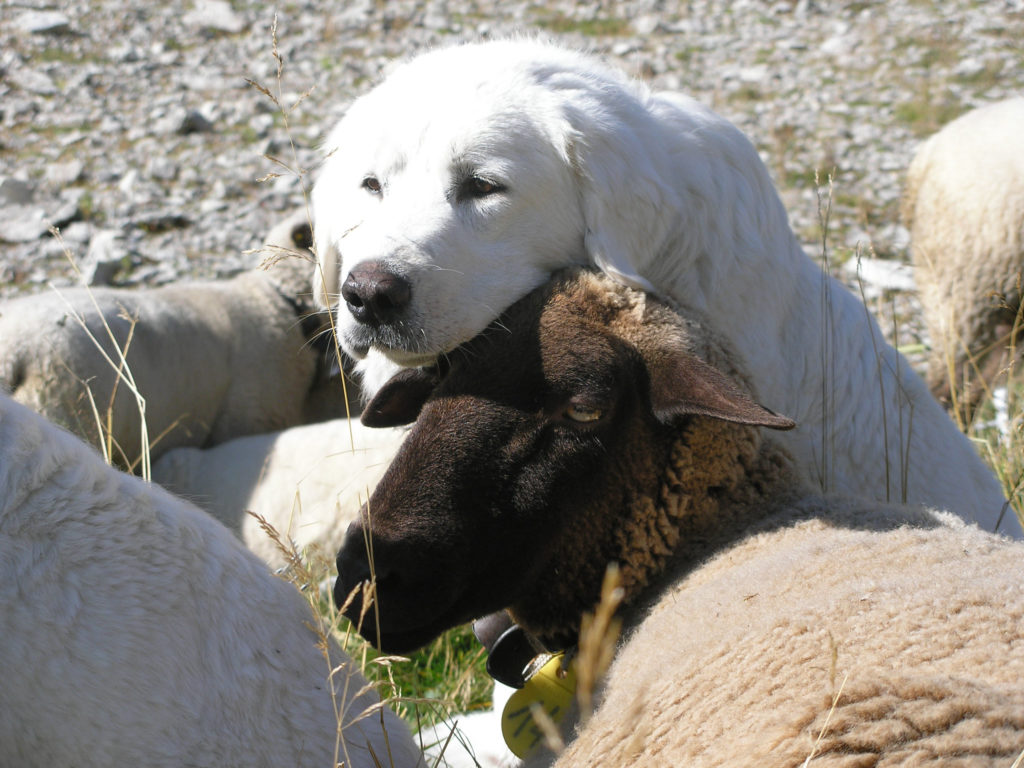